Home > IJ № 3 (43) 2022 > The “reputation” of a public authority: a new interpretation of Article 10 of the ECHR by the European Court of Human Rights

The “reputation” of a public authority: a new interpretation of Article 10 of the ECHR by the European Court of Human Rights 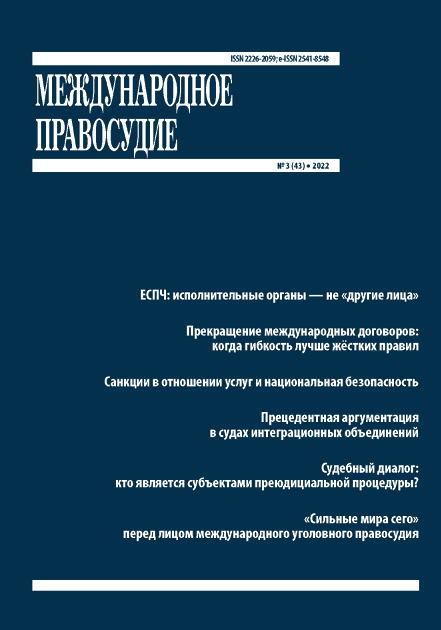 In October 2008 the Administration of Volgograd Oblast sued the founder and editorial board of the Caucasian Not Internet-portal for defamation, seeking publication of a disclaimer stating that some information in an expert’s commentaries posted on the portal was false and damaging to the business reputation of the Administration. The Administration considered defamatory the expert’s statements that, in his view, the Administration “had lobbied the Volzhanin factory to win a tender” and that “the suspension of allocation of subsidies from the regional budget to the City of Volgograd had been an act of revenge for the lost tender”. The plaintiff won the case in the first-instance court and the Moscow City Court upheld the judgement on appeal. The founder of the portal, the commercial company “MEMO”, submitted a complaint to the European Court of Human Rights. The company not only asked the Court to find a violation of the right to freedom of opinion under Art. 10 of the European Convention on Human Rights, but also called on the Court to adopt the position that the phrase “the reputation and rights of others” in part 2 of Art. 10 of the Convention had to be construed narrowly, excluding a public authority from the interpretation of the term “others”, thus depriving it of legal standing for initiation of defamation proceedings. The applicant asserted that protection of the business reputation of executive bodies could not be considered a legitimate aim for restrictions imposed on media outlets, because a public authority is not engaged in market economic activity and that the interests of State executive bodies in maintaining a good reputation differ from those of natural persons or commercial legal entities competing in the marketplace. Previously the ECtHR routinely recognized the presence of this legitimate aim in similar cases and viewed them in light of the criterion of being “necessary in a democratic society”, part of its three-part test. The Court would find that national judicial bodies had failed to properly apply the balancing test and had protected State bodies’ reputation without paying due respect to the right of the mass media, as a watchdog for democracy, to present critical information about officials’ performance for public discussion. The words “lobbying” and “revenge” had earlier been found by the ECtHR to reflect value-judgements and not facts which are subject to proof. In the “MEMO” case the Court could have chosen the same track and found a violation of rights on these grounds. However, the facts of this case presented the Court with an opportunity to take a long-awaited step forward by formulating the position that there can be no legitimate aim when a public authority initiates defamation claims against critical media outlets, because a public authority, as distinct from individuals and commercial legal entities, is not covered by the word “others” in the text of Art. 10 of the Convention. Any other interpretation would create a risk of hampering media freedom by shielding executive bodies from media criticism and of having a chilling effect on media outlets. This approach, however, still allows named or easily identifiable public officials to initiate defamation cases in their personal, not official, capacity.

Bakircioglu O. (2007) The Application of the Margin of Appreciation Doctrine in Freedom of Expression and Public Morality Cases. German Law Journal, vol. 8, no. 7, pp. 711–733.

Popovic D. (2009) Prevailing of Judicial Activism over Self-Restraint in the Jurisprudence of the European Court of Human Rights. Creighton Law Review, vol. 42, pp. 361–396.